Latin American Quality Institute distinguishes for the 11th year the Latin American companies and institutions highlighted for their excellence and commitment with total quality. 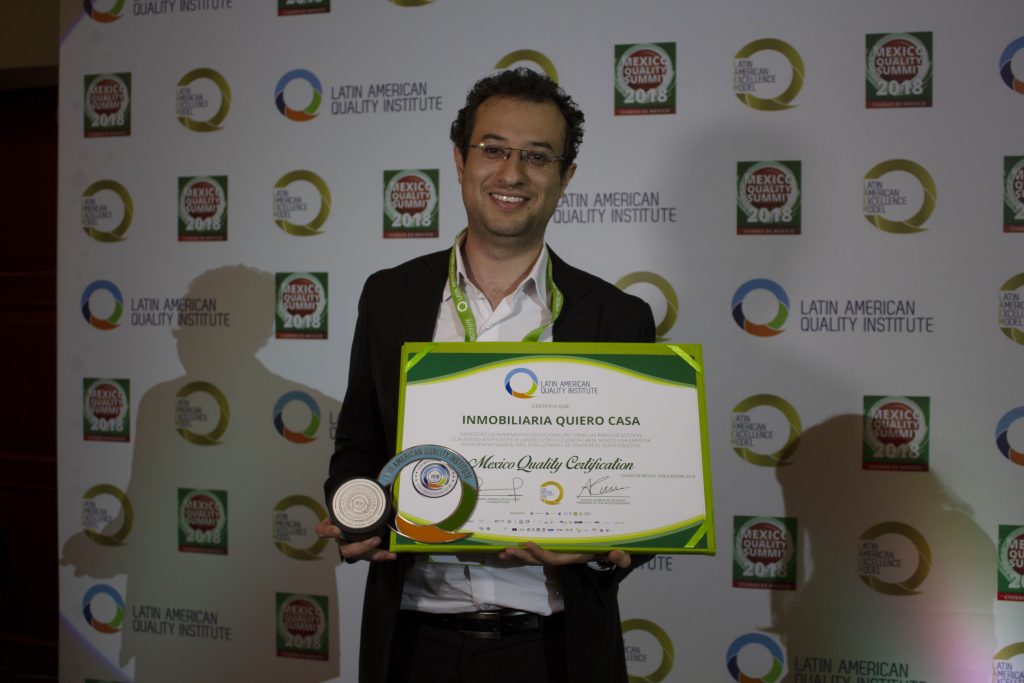 As part of the Mexico Quality Summit 2018, organized by the Latin American Quality Institute (LAQI), Inmobiliaria Quiero Casa received the Mexican Company of the Year Award for its notable business activity and for its level of commitment to excellence and quality, in line with the Latin American Excellence Model (LAEM), a model of excellence and global management, prepared and evaluated by LAQI.

This award, given for the eleventh consecutive time, recognizes companies and institutions, which through their values and innovations drive new business strategies for their growth through commitment to social responsibility and sustainable development.

“Currently, to reach Total Business Quality companies must establish triple impact objectives (Economic-Social-Environmental). In this sense, we train each business leader in our network to apply reasonable management that impacts society and in turn contributes to achieving the global objective proposed by the UN for 2030,” declared the CEO and founder of LAQI Daniel Maximilian Da Costa.

David Hoffs, Corporate Director of Strategy at Quiero Casa,, received the recognition given to the company for carrying out actions that seek to reinforce quality in each one of its processes and interest groups that are aligned with new global business trends, among which are looking out for real estate development that adds value to the community, working hand-in-hand with neighbors and authorities to promote the regeneration of the environment, reinforcing of urban equipment, and influential densification of the city. “We have a very great commitment to comply with these principles, and with our work we make an effort to achieve it and have a positive impact on society,” declared the director.

The event was carried out at the Hotel Marriot Reforma in Mexico City, as part of the Mexico Quality Summit 2018 developed based on the Challenge: Transforming Businesses. Creating an impact in the long term for companies in society, an event in line with the promotion of the UN 2030 Sustainable Development Goals (SDGs), so that through the daily activity of companies and other actors contributes to achieving a better world.

This recognition was granted before two important national business leaders that are part of the LAQI network in Mexico and Latin America.