With the development Paseo 136, Quiero Casa achieves once again joining the affordable housing supply, at competitive prices with a modern and sustainable design that is integrated to the urban context of Mexico City. 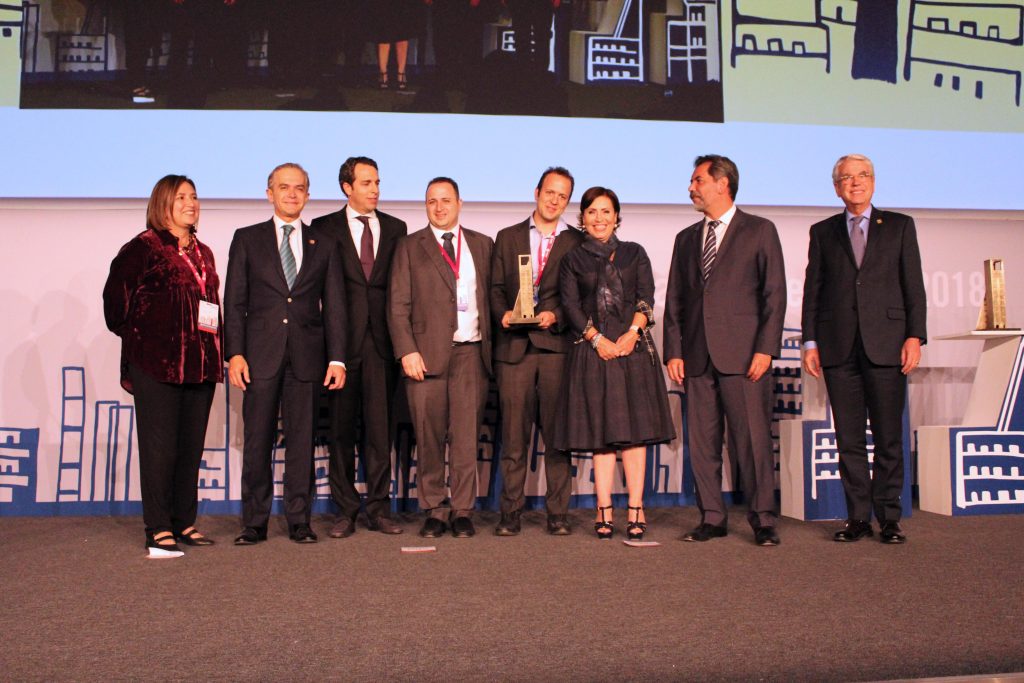 The Association of Real Estate Developers (ADI) recognized the project “Paseo 136” by Quiero Casa with third place in the category Midsize Residential Housing, for its integration of concept, design, contribution to the city, and recovery of the urban environment, among other parameters.

As part of the Real Estate Show 2018, an event that joins the principal leaders of the national and international industry, as well as the best showcase for the exhibition of iconic and cutting-edge architectural projects, José Shabot Cherem, executive president of Quiero Casa, received the award, thanking ADI and the members of the panel, for this award that identifies the project Paseo 136 as one of the most outstanding projects of the year in this sector.

The company executive remarked that this type of distinction incentivizes the industry to create more and more proposals to benefit the country. “Over the course of almost 1 decade of experience that we have building in Mexico City we have found a market that has a deficit of 83,375 houses, to which 32,000 are added each year and where at least 10,000 are built each year for a middle socioeconomic segment. In the face of this discord between supply and demand, Quiero Casa’s business model has been able to offer to thousands of families, which otherwise would have to live in urban areas, having access to dignified housing options in central and accessible areas, improving their quality of life and social environment,” he commented.

José Shabot added that for Quiero Casa, working together with neighbors and authorities to improve the urban environment through the needs that the communities perceive is crucial and for which resources are allocated. This is how the project Paseo 136 was created according to a model of urban development, which takes advantage of the existing infrastructure and urban fabric. Located on Av. Bucareli, Col. Centro, the building achieves conservation of a stately building from the 19th century catalog, thanks to the restoration work by the Chair of Architects, while at the same time it revitalizes the building to house the new use: service amenities for contemporary housing buildings, which in its first stage has 46 apartments from 40.44 m2 to 57.90 m2.

According to the company’s principles, the property is outfitted with all the basic services, urban equipment, primary roadways, public transportation system, and the vast urban infrastructure such as tap water, sewage, storm drains, telephone lines, streetlights, Internet, etc., conditions that will increase the equity of the families that reside there.

Additionally, the project strengthens sustainability by bringing its residents closer to their sources of work and basic services, thus reducing their mobility into the city, which leads to a decrease in vehicle use and, therefore, CO2 emissions.

The architectural design handles as guiding elements the orientation and treatment of facades, which were defined according to the scale and the factors that affected the environment. The project is situated from east to west. The facades were designed with large windows that take advantage of the natural illumination and ventilation, having balconies and terraces that serve as elements to give privacy to the user.

Finally, José Shabot indicated that developing housing in the Mexico City Centro, under current standards, is a safe and contributes to the environment itself by taking advantage and redensifying underutilized land parcels, while at the same time being more economical for the people that live there, since the services are of lower cost and the principal sources of work are closer to their housing, which results in economic support and notable improvement in quality of life.