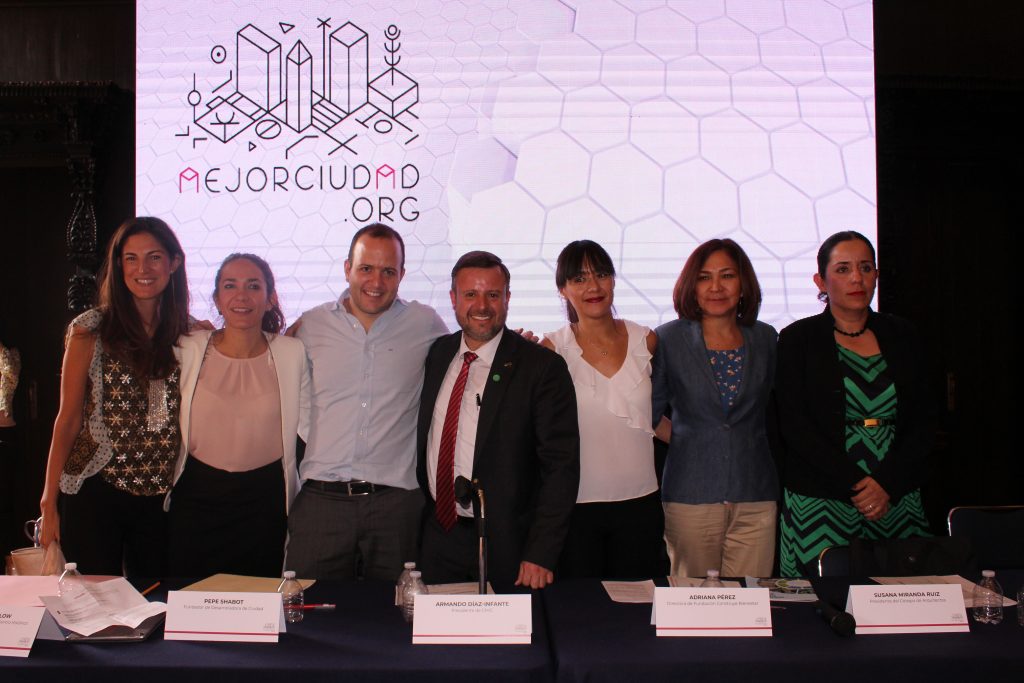 Quiero Casa was part of the Vivir El Centro Forum, convened by Mejor Ciudad and the Historic City Center Authority (ACH), where 30 experts, including academics, public servants, and members of civil society, discussed urban policies on housing in the Central City and proposed different alternatives to make this area of the capital inhabitable.

The new logic to build cities is aimed toward the creation of affordable and inclusive housing, in a way that everyone can have access to a better location and quality of life. For this reason, the new construction model for cities must opt for diversifying its supply and including in addition to houses for sale, frameworks of houses for rent, housing recycling, and financing frameworks for popular and social housing granted by private entities.

The founder of Desarrolladora de Ciudad, José Shabot, proposed building corridors with affordable housing where a percentage of the developments is allocated toward social housing, and where contributions from private parties reinforce the drainage, sidewalk, and urban furnishings infrastructure, or regenerate properties where their developments are executed.

“If we are able to regenerate the large amount of buildings that there are in the city center, leaving active ground floors and being able to generate housing, we can offer a great opportunity for there to be affordable housing,” he proposed.

On the other hand, during her participation in the form, the general coordinator of ACH, Dunia Ludlow Deloya, stated that there are many paradigms that need to be broken, since it has been demonstrated that the preservation of heritage and inhabitability may coexist with equilibrium, and that housing for rent is an option to achieve connected and compact cities.

In this regard, the president of the Mexican Chamber of the Construction Industry (CMIC), Armando Díaz Infante, said that there are mechanisms to finance low-cost housing called investment in social housing trust, which were prepared with the UNAM Academy of Engineering and School of Engineering, and which are focused on the workers that do not have social security.

According to the CMIC, housing for rent is experiencing great demand and it is estimated that 16 percent of housing that currently is for rent will increase to 35 percent in the next 20 years.

“People require more flexibility to move, so we had the need to create new frameworks of housing for rent with the option for purchase in the principal cities of the country, but for it to be a moveable rent with acquired rights to revert the property in a period, through a real estate trust that one accumulates rents until reaching 300 rents—25 years—and it does not matter where you’re paying the rents, at the end of those 25 years one is going to have the right to reversion of the property where one chooses,” explained Díaz-Infante.

To conclude, the executive director of Mejor Ciudad, Carolina Rodríguez, made a call to continue building dialogues in a coordinated way between all sectors of society to improve the Historic City Center of Mexico City.

Finally, Mejor Ciudad will prepare a conclusions document that it will deliver to the Historic City Center Authority so that they are taken into account in the construction of public policies that revitalize the Central City of Mexico City.