Quiero Casa, Awarded for the Second Time with the National Housing Prize

• The winning project, Paseo 136, redignifies a historic building while at the same time it provides Mexican families with a modern and sustainable house, a home close to sources of work.
• The National Housing Prize recognizes projects noted for their location, urban design, feasibility of services, densification, financing, and sustainability. 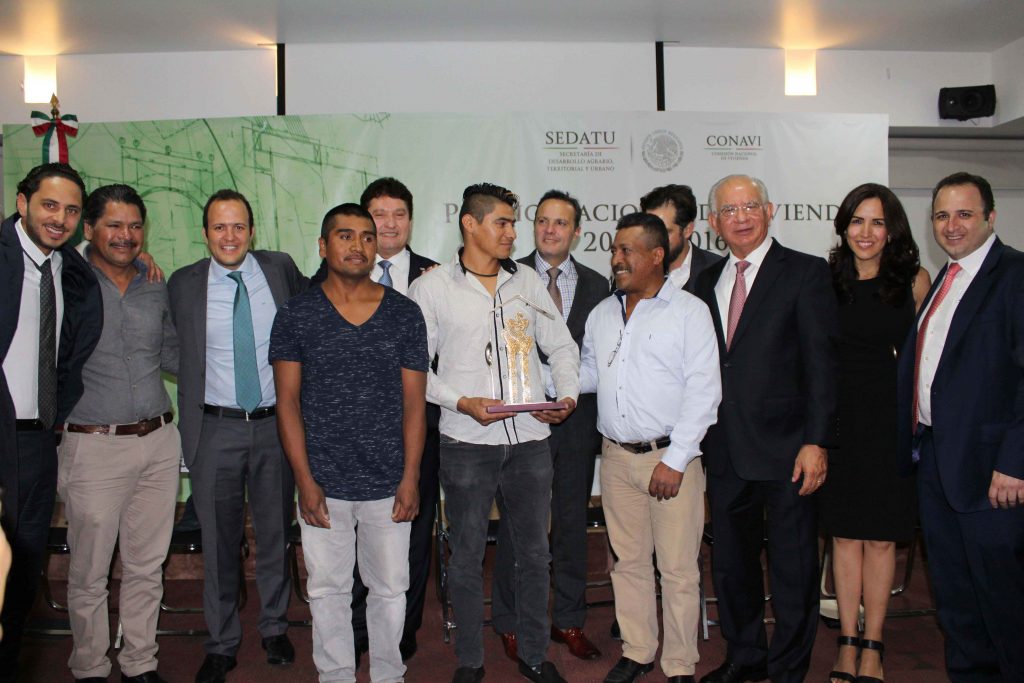 For the second time, Quiero Casa received the National Housing Prize, in the category Average Interest Housing. The prize was awarded this time to Quiero Casa’s project Paseo 136 recognizing that it redignifies a historic building, and that the real estate firm worked hand-in-hand with local communities to understand their needs, taking advantage of existing infrastructure to regenerate the zone and provide Mexican families with the opportunity to have a dignified housing in a modern, sustainable, and beautiful building, at competitive prices and close to their sources of employment.

The National Housing Prize, the highest award for those who build housing in Mexico, is an instrument of public policy oriented toward stimulating the best practices in residential building, in order to award of those who build dignified, quality, sustainable, accessible residences congruent with ordered urban growth.

To build Paseo 136, a contemporary building with common areas and 129 apartments with between 40 and a little over 76 square meters, Inmobiliaria Quiero Casa bought in August 2014 land with a damaged structure and in bad condition, at number 136 on Calle de Bucareli, in the Centro neighborhood of Mexico City, on a historic avenue that dates to the 18th century.

Quiero Casa fully restored this historic building with heritage value and beautified the zone. The architect Adrián Hernández, whose architectural design sought to optimize the orientation and treatment of facades, maintains that it is a success to develop housing in the Center of the city because it contributes to regenerating the area, redensifying underutilized land parcels, and developing economic housing with accessible services and with a lower cost in zones close to workplaces. Additionally, he indicates, it supports the finances of Mexicans and contributes to improving quality of life.

Carlos Riva Palacio, commercial director of Quiero Casa, adds that this recognition stimulates Quiero Casa to continue building and marketing quality projects that allow their clients to form equity of high-value and gain, improve the quality of life, and contribute to the very necessary sustainable urban development of Mexico City. He insists that it is possible to work as a team: developers, builders, providers, neighbors, and authorities, united in a synergy of communication and transparency.

Paseo 136, one more development with the Quiero Casa seal, has all the services: urban equipment, primary roadways, public transportation system, infrastructure like tap water, sewage and storm drains, telephone lines, street lights, and Internet, elements that, as with all the developments by Quiero Casa, promote, day after day, increasing the added value of the buildings that it builds.